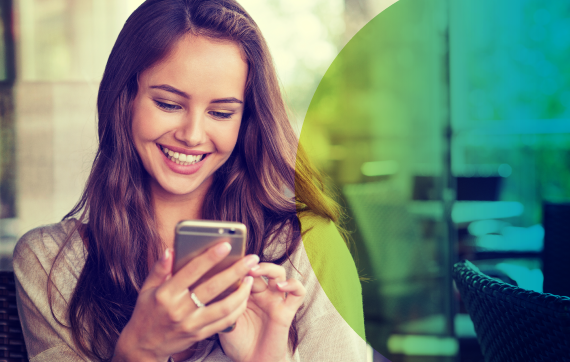 ebankIT and its clear impact on the Canadian Market

The digital adoption by the financial industry has met an unprecedented expansion due to the shock caused by the global pandemic, moving from being a convenience to becoming an absolute necessity for consumers and for the survival of any banking institution.

Financial organizations are taking on the challenge of integrating better solutions that improve their ways of interacting with customers. Nowadays, clients expect to perform basic operations such as opening bank accounts or subscribing products, such as financing, in the comfort of their homes or while casually drinking their Starbuck coffee. They are looking for technology solutions that take care of their well-being and responsibilities. This trend did not catch many banking institutions off guard, for sure, but the new reality in relations between customers and banks may be a huge challenge for many others.

The internationalisation strategy was in ebankIT DNA since its incorporation in 2014. The company has licensed its platform to clients in 11 countries, from Canada to Kuwait. The Canadian Market was an important milestone that started with partnering with the right players to kick off the process. After that and after the launching of the first customer ebankIT omnichannel digital banking platform, market awareness towards ebankIT grew naturally.

Facing the legal, financial, social, and political endeavors of such a specific system as the Canadian one has become especially challenging in a pandemic context. How did ebankIT achieve its growing positioning in the market?

How did it all begin?

In 2017, Coast Capital Saving (CSS) started an exhaustive process to select the right digital banking platform to power its banking channels, prioritizing the minimalization of any disruption for its members. By then, CCS was already the biggest credit union in Canada by a number of members with an ambitious growth plan.

The relevance of the new digital platform led to a wide and exhaustive market survey and over 40 vendors across the world were assessed before CCS decided for ebankIT. CCS was looking for a vendor that could provide a robust digital platform for retail and small and medium enterprises, but also that could deliver security and readiness for third-party integration, namely with other fintechs, enabling third party innovative features through its digital channels.

When the two companies started the collaboration to deliver the best digital banking experience to CCS members, ebankIT was compelled to address the specificities of Canadian regulation and feature requirements. By setting the mandatory features applicable to Canada, the company developed the platform, preparing the product for a smoother and faster deployment and adaptation to the market.

But the proprietary platform was also integrated with the main players operating in the Canadian financial market. It is worth mentioning that ebankIT’s new Canadian Layer captures features such as payee and bill payments, cancel checks, Canada post-integration, cancel AFT, CRA payments, e-transfers and financial reminders.  This readiness together with a modular approach contributed to the scalability of the solution and ebankIT’s success in the market. As of March 2021, its platform is already licensed to financial institutions representing 35 percent of the total end-users in the Credit Unions Top 100 in the country (Quebec credit unions excluded) and this number is expected to rise in the short term.

The collaboration between ebankIT and CCS to create a truly digital and secure experience for end-users made an impact recognized not only in Canada but also in the US market. In 2019 both companies were awarded “Best Fintech Partnership” at one of the most prestigious events in the Financial industry, FINOVATE Fall, in New York.

CCS was also named one of CS050 Award winners for 2020, a recognition that highlights the security and excellence in the risk of its digital solution.  Moreover, in the same year, the Surviscor Mobile Banking Review selected CCS as one of Canada’s Top 5 BEST Mobile Banking Firms, placing it ahead of three of the biggest Canadian banks.

The Canadian layer challenge for ebankIT

The financial sector is a highly regulated market. Constraints include licensure, capital requirements, access to financing, regulatory compliance, and security concerns. There is a real need to adapt to market requests, and that process often represents a natural entry barrier for a foreign company. Transactions and business differ not only from country to country but sometimes from one financial institution to the other. Tackle different financial regulations and new country-specific feature requirements for its omnichannel digital banking platform became imperative.

ebankIT first entered the Canadian market in 2018. At some point, it made sense to invest in a platform adaptation to develop a completely new module, the Canadian Layer. By developing features that addressed not only the mandatory but also other important requirements for the financial institutions in the country, the platform evolved allowing a smoother adoption of ebankIT omnichannel digital banking platform in this specific market.

Also, the platform’s scalability, maturity, extensibility, and innovation roadmap have been important factors for success in Canada. Extensive, localized features have been created and made available to be deployed by any Canadian financial institution. By providing these pre-built integrations, ebankIT is able not only to put together a more real platform demo adapted to each future clients’ needs but also, and more importantly, accelerate all projects time-to-market.

Focusing on providing financial institutions, and their clients, with the best digital banking solution, ebankIT did not limit its modular approach to retail banking but also developed the Canadian layer to accommodate corporate/commercial banking, which represents a market size of 251.9 billion CAD and will be an important cornerstone for ebankIT’s future growth, namely, within trust companies and banks in Canada.

In a market with so many specificities, ebankIT has been able to prove its ability to adjust its omnichannel digital banking platform to different environments. As consequence, its customer base and partnership network are growing exponentially, giving the company more expertise to constantly adapt and evolve.

With a strong international scope as part of its DNA, ebankIT will continue to invest to allow all its customers around the globe to enhance their businesses by delivering a fast-seamless digital banking transformation. 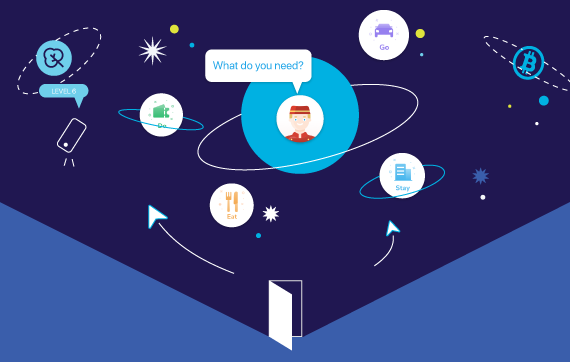 Open banking: How ebankIT is opening the door for a new digital era 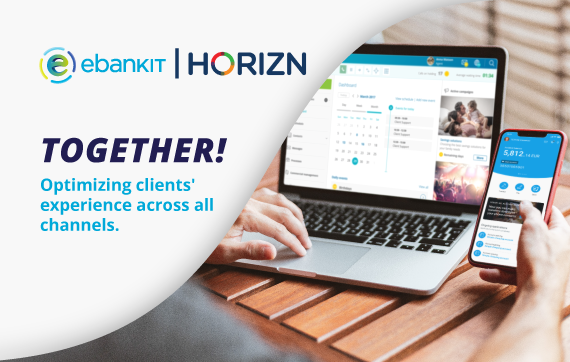 ebankIT and the Horizn Platform are partnering to support digital transformation